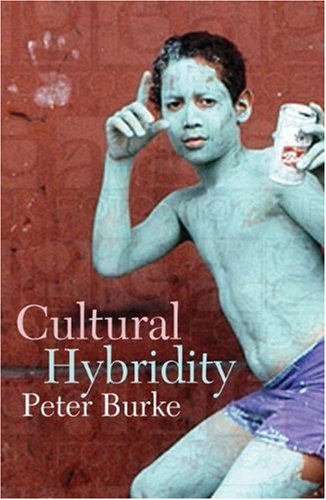 Why is cultural history important? Cultural history is one of the most important organized attempts to understand cultures that are different from our own (another important attempt is made by cultural anthropologists). It therefore assists in the long process of the elimination or at least the reduction of ethnocentrism, including Eurocentrism.

What is cultural hybridity?

The term ‘hybridity’ is a metaphor from botany/biology to describe a process that seems impossible to characterize without metaphors of some kind; mixing, fusion, borrowing, translation are among the most common. The process results from a prolonged ‘encounter’ (another metaphor if we are talking about cultures rather than individuals) in which both sides (individuals or groups) take on some of the characteristics of the ‘other’.

Can we learn from history?

Yes, but not precise lessons that can be expressed in the form of propositions. When political leaders draw analogies between the present and the past, they often make big mistakes because they forget the ‘disanalogies’ or differences between the 2 situations, like the British Prime Minister Anthony Eden in 1956, who saw Nasser as a second Hitler and attacked Egypt rather than negotiate (which would have been, he thought, a second Munich, when Chamberlain failed to resist Hitler). On the other hand, the study of history allows us to place the events of the present in long-term perspective, to see them as part of trends, and this helps us understand what is happening.

What is your opinion on the ‘Annales’ historians from France?

In my opinion the Annales group made France the most important centre of innovation in historical studies between the 1920s and the 1970s. Today, they are less important, indeed they might be described as victims of their own success, since their ideas were taken up by other groups in other countries. In any case, the centre of innovation has shifted to the USA.

If you could interview a person from history, who would that be and why?

This is a difficult question for an intriguing reason. The more remote from the interviewer’s culture this individual is, the more interesting it would be to discover what (and still more, how) he or she thought, but for that very reason it would be difficult to find the right questions (I assume that in this game linguistic problems are eliminated). If I have to choose I would return to the Italian Renaissance and choose someone important whose words have rarely been recorded, such as Titian, allowing me to ask him (apart from whether he or Giorgione painted certain pictures) why he changed his style as he grew older.